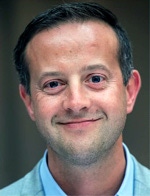 R: What are the mechanisms that link the diet, microbiome and metabolism to the development of the immune system?

LOM: The diet, microbiome and metabolism play a crucial but complex, interconnected role in the functioning and development of the immune system. While there is some degree of immune instruction from the mother – such as the passive transfer of nutrients and antibodies1 – babies are generally considered to be sterile at birth.2 The immune system of a neonate is immature,1 and requires a period of ‘education’ with exposure to microbes from the environment. These microbes can be encountered in many ways and various factors including mode of delivery and age of gestation can play a role in how a newborn’s microbiome is constructed.3 Aside from these factors, infant feeding and diet, particularly breastfeeding and the intake of dietary fibre, have also been found to influence the development and composition of the gut microbiome.4

Dietary fibres are largely undigested by humans and are instead fermented by gut microbiota, producing metabolites such as acetate, propionate and butyrate which comprise the short-chain fatty acids (SCFAs).5 SCFAs can modulate immune and inflammatory responses and influence the immunological environment of many organs, including the gut and the lungs.6,7 SCFAs produced by bacteria are rapidly absorbed through the gastrointestinal lumen and are recognized by G protein-coupled receptors on the surface of colonocytes and immune cells such as macrophages and T cells.7 SCFAs may influence the innate immune system by modulating the activation of pattern recognition receptors,8 and regulate the adaptive immune system via the activation and polarisation of T-lymphocytes and supporting dendritic cells to convert naive T cells into Foxp3 regulatory cells.7,9

R: How do components in human milk, such as human milk oligosaccharides, influence the emergence of allergic conditions in infancy and childhood?

LOM: Human milk contains human milk oligosaccharides (HMOs) which are complex sugars that play a critical role in driving the development of a favourable microbiome profile in the infant.10 Approximately 200 structurally different HMOs have been described, however, they are minimally digested and absorbed, and have little nutritional value for the infant.10-12 Instead, HMOs can be considered as ‘food for bacteria’, acting as a preferred metabolic substrate for microbes – such as bifidobacteria – to utilise, supporting the assembly of the early gut microbiome.10,12 Indeed, beneficial bifidobacteria are usually abundant in breastfed infants.13 HMOs are utilised by such beneficial bifidobacteria, resulting in the generation of metabolites including SCFAs that play a key role in modulating immune and gut health.12

“Human milk oligosaccharides can be considered as ‘food for bacteria’, acting as a preferred metabolic substrate for microbes – such as bifidobacteria – to utilise, supporting the assembly of the early gut microbiome.”

Human milk HMO composition may influence the risk of developing food allergy in the offspring, with one study demonstrating that infants who received human milk containing higher levels of select HMOs were less likely to suffer from cow’s milk allergy,14 and another study concluding that babies who received human milk with certain HMO profiles had lower rates of food sensitization.15 However, the composition of HMOs in human milk can differ widely among ethnicities. Approximately 20% of Europeans and East Asians are ‘non-secretors’ as they lack the functioning FUT2 enzyme responsible for the fucosylation of specific HMOs.16 While one study found that children of non-secretor mothers have a delayed establishment of bifidobacteria in their microbiome,17 there isn’t much research on the influence of maternal FUT2 secretor status on the subsequent development of allergies in infants.

R: What roles do other components in the diet, such as fatty acids, play in the emergence of allergies?

LOM: Most of the research investigating the role of polyunsaturated fatty acids (PUFAs) in childhood allergies is in asthma, with limited studies on food allergies. Like SCFAs, PUFAs can dampen and regulate immune responses through interactions with immune cells.18 However, not all PUFAs are created equal as generally the omega-3 fatty acids such as eicosapentaenoic acid (EPA) and docosahexaenoic acid (DHA) are associated with anti-inflammatory responses, whereas omega-6 PUFAs generally are not.18 Studies have shown that higher proportions of omega-3 EPA were associated with a lowered risk of nonatopic asthma in children, whereas higher proportions of total omega‐6 PUFAs were associated with an increased risk.19

“The EAACI position paper suggests considering omega-3 PUFA supplementation in pregnant and lactating mothers with low baseline omega-3 PUFA levels, along with children at high risk of PUFA deficiency, such as those on elimination diets.”

In most studies, the anti-inflammatory effects of PUFAs were greatest in individuals with low pre-existing levels, and the European Academy of Allergy and Clinical Immunology (EAACI) position paper suggests considering omega-3 PUFA supplementation in pregnant and lactating mothers with low baseline omega-3 PUFA levels, along with children at high risk of PUFA deficiency, such as those on elimination diets.18 I support regular blood testing for both children and adults to check not only for possible PUFA deficiencies, but also to assess nutritional status by following the basic logic of ‘replacing something only if it is missing’.

R: Does diversity of the diet play a role in protecting against allergies?

LOM: The literature suggests that a greater diversity of food introduced during the first year of life provided protection against asthma, food allergy and sensitization to food allergens.20 While the reasons behind this are unclear, it is hypothesised that greater diversity of the diet may support a diverse gut microbiome and its associated metabolites.20 As many of the foods we eat are sterile, I believe that perhaps consuming a diverse range of foods increases our exposure to dietary prebiotic fibres, which then drive the growth and metabolism of different microbial communities in our bodies. A diverse diet could also include a greater consumption of fermented foods, such as yoghurt and cheese, which contain high levels of commensal bacteria.

“…Greater diversity of the diet may support a diverse gut microbiome and its associated metabolites…as many of the foods we eat are sterile, I believe that perhaps consuming a diverse range of foods increases our exposure to dietary prebiotic fibres, which then drive the growth and metabolism of different microbial communities in our bodies.”

A diet with diverse foods early in life may also lead to the exposure of different food antigens that can induce immune tolerance.20 This was demonstrated in a UK study where children who received greater, more frequent amounts of peanuts during infancy had a significantly lower prevalence of peanut allergy than children who avoided peanuts.21 This suggests that early exposure to certain potentially allergenic foods, rather than avoidance, is perhaps a better strategy for some foods to combat the rising rates of allergy against the foods that would normally be consumed by that population.

R: What role do probiotics play in immune regulation and allergy pathophysiology?

LOM: I believe that the term ‘probiotics’ is too broad as the effects of microbes are strain-dependent and it is important to know the specific species that can regulate immune responses. One identified strain is Bifidobacterium longum where our studies have found that its administration in humans resulted in elevated serum levels of the anti-inflammatory IL-10 cytokine and induced the expression of the immuno-regulatory Foxp3 T cells.22 There is also emerging research suggesting that the numbers of two specific species – Akkermansia muciniphila and Faecalibacterium prausnitzii – were lower in the stools of children with allergic asthma.23 We have seen an increase in research on how the diet and specific microbes regulate immune responses and we expect great leaps to be made in our knowledge in the coming years.

R: What are your practical tips for optimising the lifelong health of infants?

LOM: The increase in the severity and incidence of food allergies in one group of children may be attributed to a heavily processed, low-fibre Western-style diet,24 and alarmingly, animal studies have demonstrated that a low-fibre diet can lead to the disappearance of specific bacterial species in the microbiome, which can persist even if fibres are reintroduced into the diet for subsequent generations.25 It is entirely possible that this is happening in humans already. I recommend that children, after 4–6 months of breastfeeding, begin to be exposed to a wide variety of foods and over time begin to consume a diverse diet. While ‘diet diversity’ can be hard to define and is not indicative of ‘diet quality’, generally a diet with foods high in fibres (vegetables and fruits); fermented foods (yoghurt and cheese); and PUFAs (fatty fish) might not only promote immune tolerance, but may also support the development of a healthy, optimised microbiome.

“The increase in the severity and incidence of food allergies in one group of children may be attributed to a heavily processed, low-fibre Western-style diet…animal studies have demonstrated that a low-fibre diet can lead to the disappearance of specific bacterial species in the microbiome, which can persist even if fibres are reintroduced in the diet for subsequent generations.”

I also encourage mothers to regularly venture outdoors into nature and this is based on data suggesting that maternal exposure to farm animals during pregnancy protects the child against allergenic conditions.26 While this could be due to increased contact with microorganisms in the environment, the mechanism of this protection is uncertain,26 and raises the question of whether this ‘contact’ or ‘exposure’ can be replaced nutritionally.